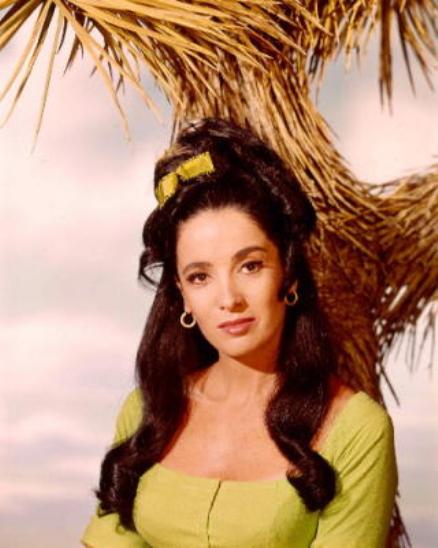 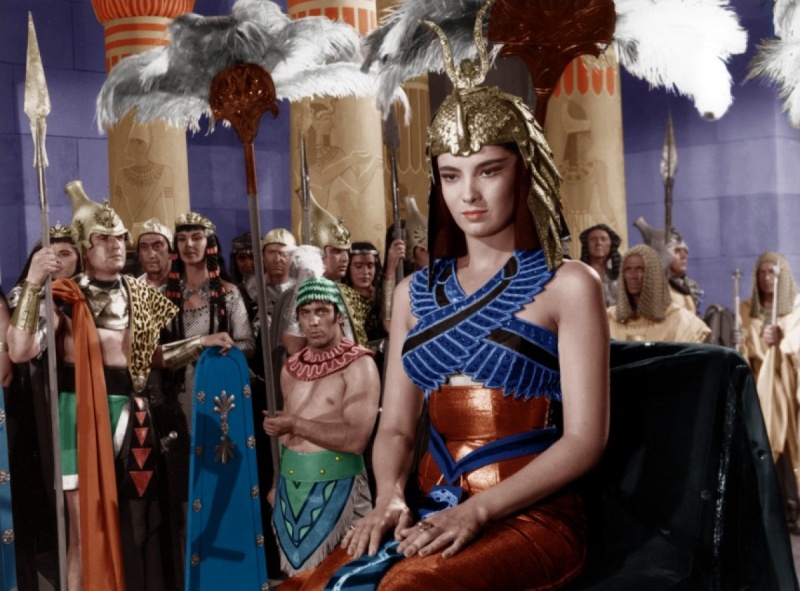 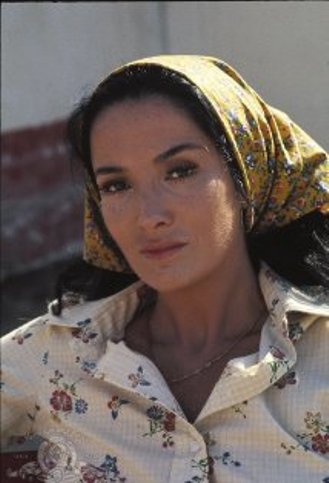 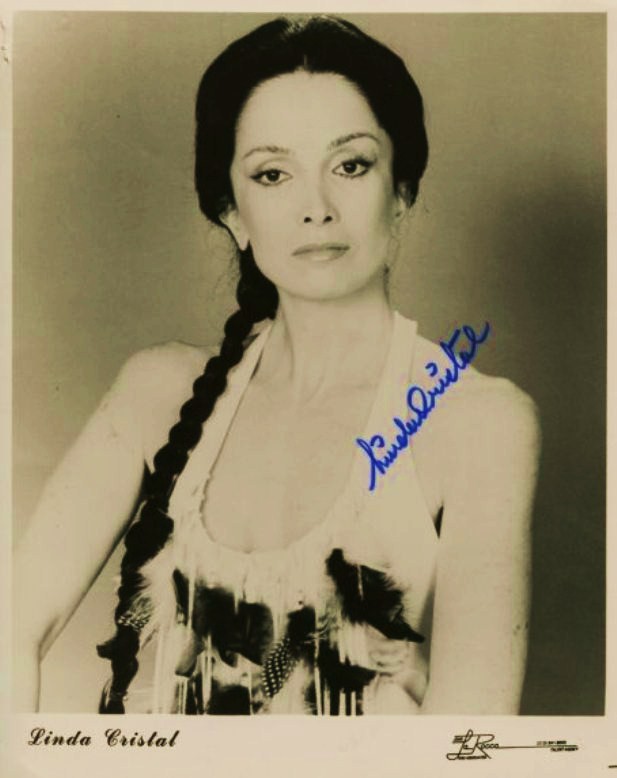 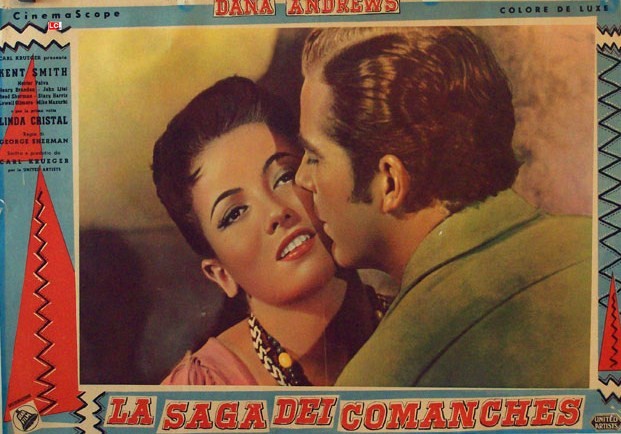 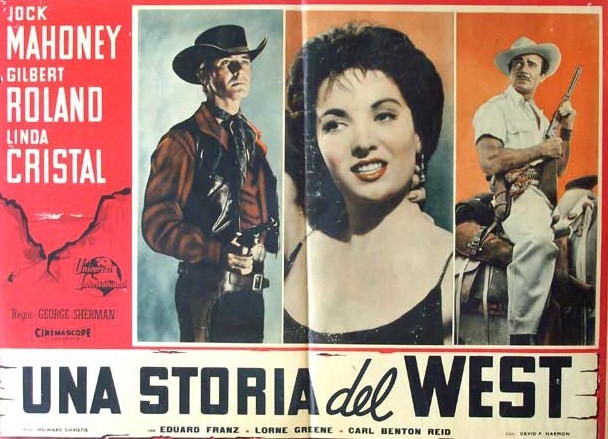 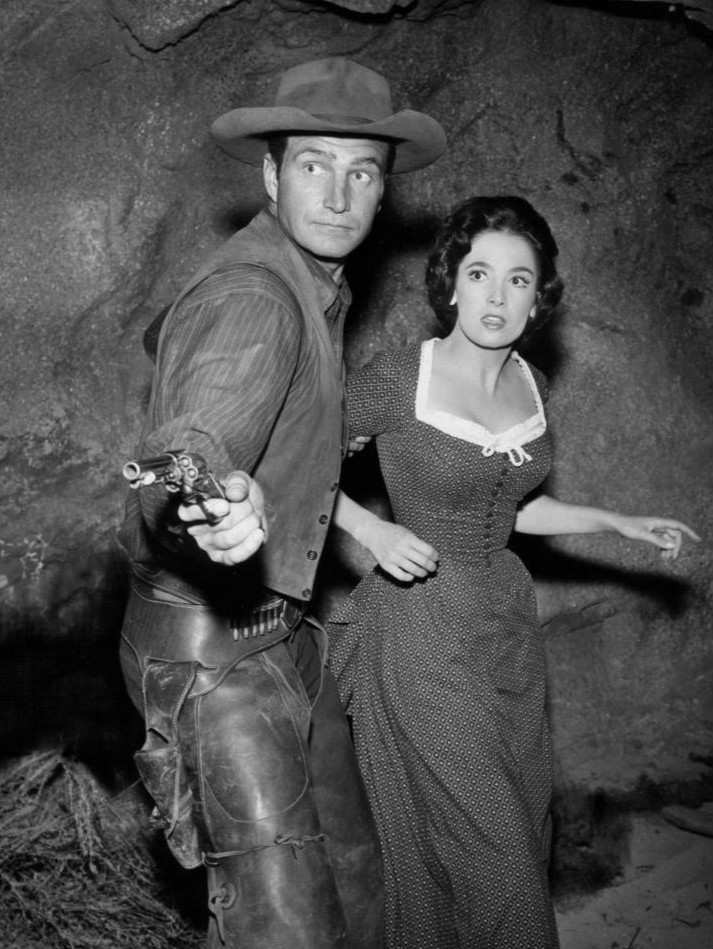 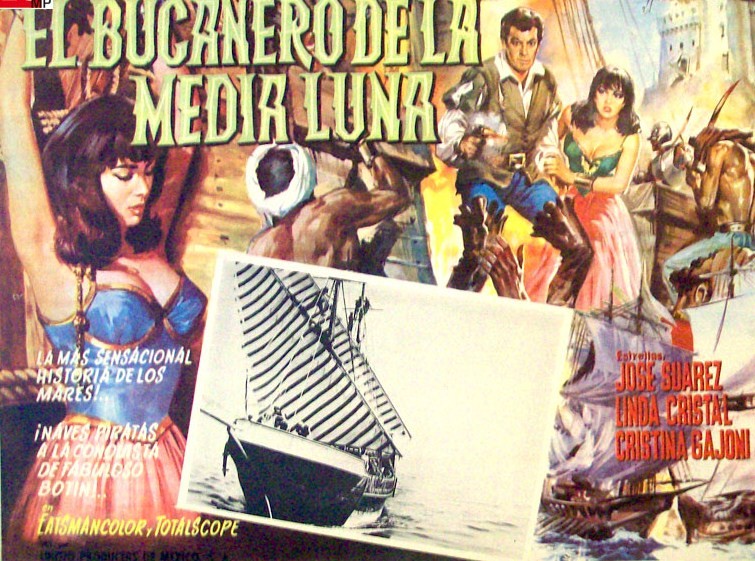 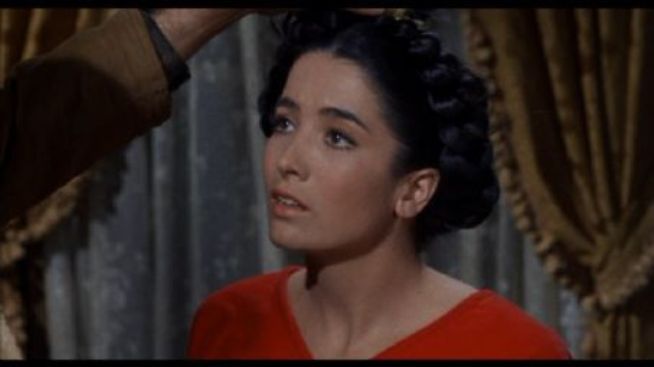 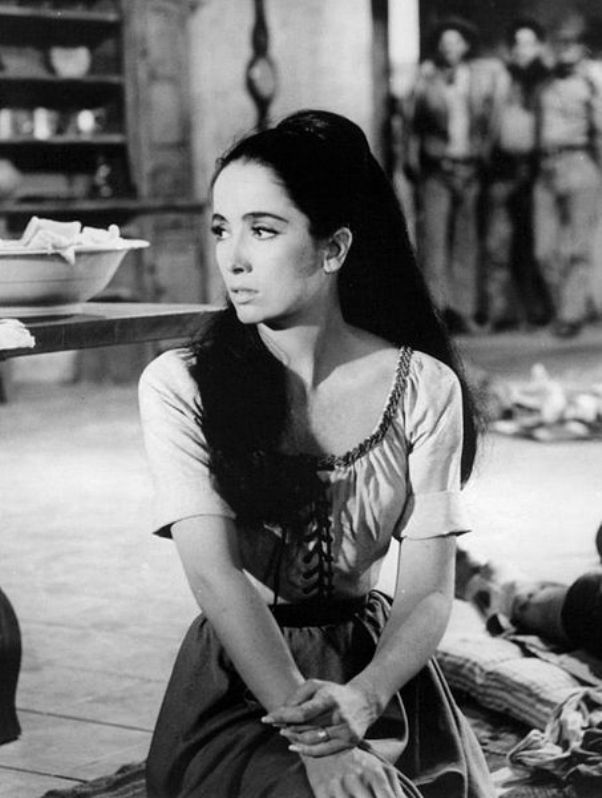 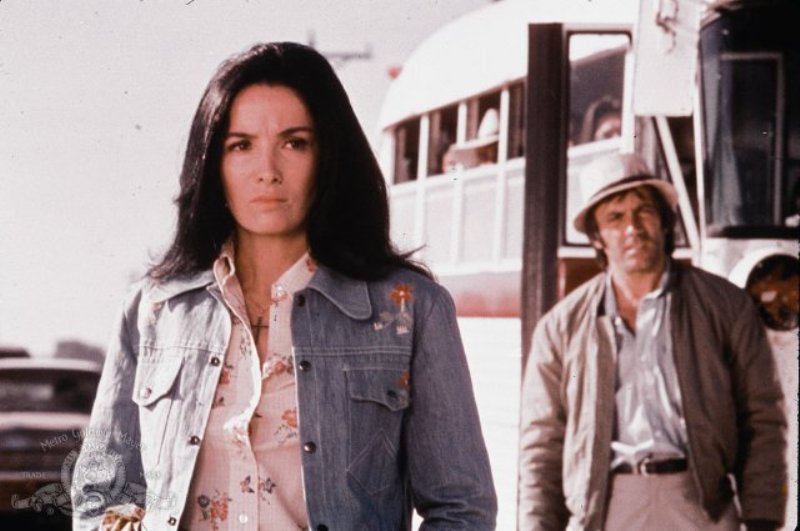 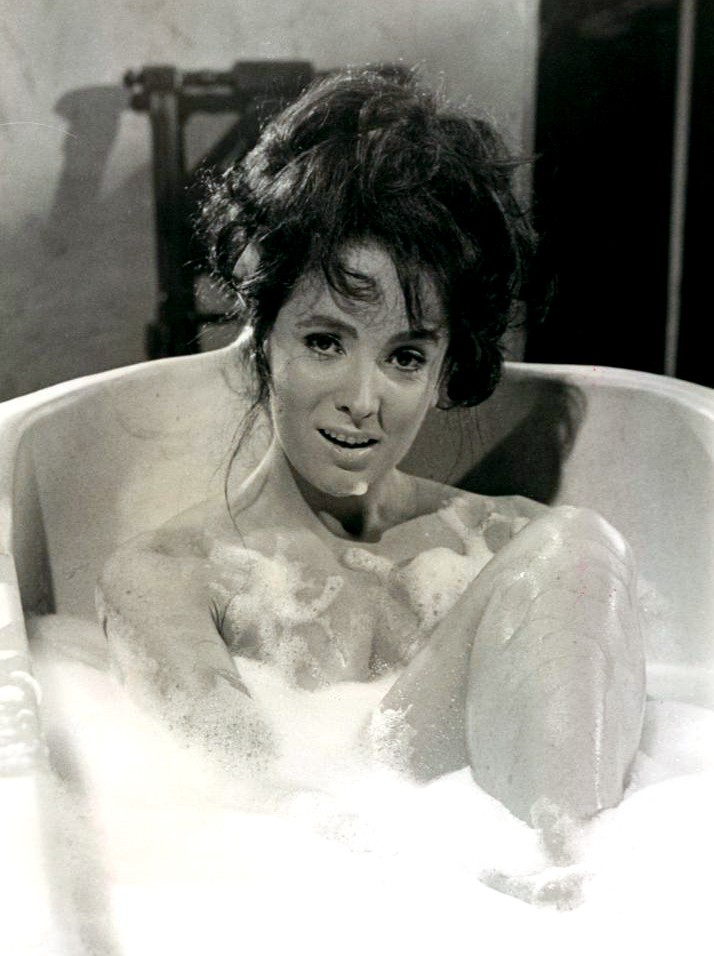 Linda Cristal, Who Starred in ‘High Chaparral,’ Dies at 89

To win the role of the fiery Victoria Cannon, she said, she threw away the script and “made up stories showing love, hate, passion, envy, jealousy, etc.”

Linda Cristal, an Argentine-born actress who played Victoria, the regal, fiery wife of the rancher Big John Cannon on the 1960s television series “The High Chaparral,” died on Saturday at her home in Beverly Hills, Calif. She was 89.

Her death was confirmed by her son Jordan Wexler, who said she died in her sleep.
Ms. Cristal had made nearly a dozen films in Mexico before arriving in Hollywood to take her first English-speaking role, in the Dana Andrews film “Comanche” (1956), playing the kidnapped daughter of a Spanish aristocrat in Mexico. She went on to make several westerns before appearing in Blake Edwards’s knockabout comedy “The Perfect Furlough” (1958).

For her performance in that movie as Sandra Roca, “the Argentine Bombshell ” — the dream date chosen by the serviceman Tony Curtis in an Army publicity stunt — Ms. Cristal won the “New Star of the Year” award at the Golden Globes, an honor she shared with Tina Louise and Susan Kohner.

After a modest film career, followed by guest roles on television, Ms. Cristal auditioned for “The High Chaparral,” a western developed by David Dortort, the creator and producer of “Bonanza.” In her telling, it was a memorable occasion.

“The scene they handed me to read was all tenderness and sweetness, and I knew they were looking for a heroine with fire and spunk,” Ms. Cristal told The Boston Globe in 1968. “So I asked them if I could throw away the script and just improvise.”

She went full-throttle. “I made up stories showing love, hate, passion, envy, jealousy, etc.,” she said. “I tried a scene as a street walker. I was a mother who had lost a son in the war. Before I was through, I had taken off my hat, my shoes and even my jacket. In my intensity I was all over these people, roughing them up. But I walked out with the contract.”

The series ran from 1967 to 1971, with Ms. Cristal playing the daughter of Don Sebastián Montoya, a powerful rancher on the Mexican side of the Arizona border.

In a fusion of dynasties, she marries Big John Cannon, played by Leif Erickson, whose wife was killed by an Apache arrow in the show’s first episode. With Big John’s son and brother, the couple turn the High Chaparral ranch into the headquarters of a cattle empire, surviving conflicts with Apaches, rustlers and Mexicans.

Ms. Cristal won a Golden Globe in 1970 as best actress in a drama series for her work on the show.

She was born Marta Victoria Moya on Feb. 23, 1931, in Buenos Aires. Her father, Antonio Moya Bourges, was a French immigrant who published magazines. Her mother, the former Rosario Pego, was Italian. In several interviews, Ms. Cristal said that her father came into conflict with a criminal gang and fled with his family to Montevideo, Uruguay. When she was 13, both of her parents died of carbon monoxide poisoning while in their car.

Victoria studied voice and piano at the conservatory and at 16 married the Argentine actor Tito Gómez. The marriage was annulled after only a few weeks. She thought of following the example of her five aunts and entering a convent, but fate intervened.

During a trip to Mexico with her older brother, she was spotted by the producer Miguelito Alemán, son of Miguel Alemán, Mexico’s president, who gave her a small role in one of his films. She later made eight films with the actor and producer Raúl de Anda, using the name Linda Cristal.

“I never became a big star, but then I wouldn’t have been a big nun either,” she told Look magazine in 1960.

Her American film career never gained traction. After appearing in “The Last of the Fast Guns” (1958), “The Fiend Who Walked the West” (1958) and “Cry Tough” (1959), a drama about Puerto Ricans in New York, Ms. Cristal tried to break out of Latino parts by taking the title role in “Cleopatra’s Legions.”

“I was sure that picture would do it for me,” she told Parade magazine in 1960. “We shot it in Spain and Italy. It took three months of hard work, and it made absolutely no sense — I mean the script — but the picture is full of spectacular scenes with a lot of emphasis on Cleopatra’s love life.” She added, “I figured the picture, awful as it is, would do very well in America.”

Unfortunately, just as the film was ready for release, 20th-Century Fox announced that it had signed Elizabeth Taylor to film “Cleopatra.” The studio bought Ms. Cristal’s film, renamed it “Legions of the Nile” and gave it a very limited release in late 1960. It sank without a trace.

Ms. Cristal returned to Hollywood and appeared in the John Wayne film “The Alamo,” playing the Mexican beauty Flaca, and in John Ford’s “Two Rode Together” (1961),” as a kidnapped Mexican noblewoman, with James Stewart.

On television she appeared on “Rawhide,” “The Tab Hunter Show” (as a matador), “Barnaby Jones” and “The Love Boat.” In her final film, she played Charles Bronson’s love interest in “Mr. Majestyk” (1974), based on the Elmore Leonard novel of the same name about an embattled melon farmer in California.

In 1988 she came out of retirement to join the cast of “General Hospital,” playing Dimitra, the mistress of the crime boss Victor Jerome (Jack Axelrod).

Her two marriages in the United States ended in divorce. Besides her son Jordan, she is survived by another son, Gregory Wexler, and two grandchildren.